Marital dissolution/elder abuse: Did the husband’s wife or the daughter/mother of his grandchildren unduly influence him?

After inducing his ex-second wife to remarry, the husband’s adult daughter mounted an aggressive campaign to convince her father (also the father of her triplets by artificial insemination) to seek a divorce on the basis of elder abuse. The husband/father/grandfather initially resisted, spreading wealth to both wife and daughter, until one side prevailed. 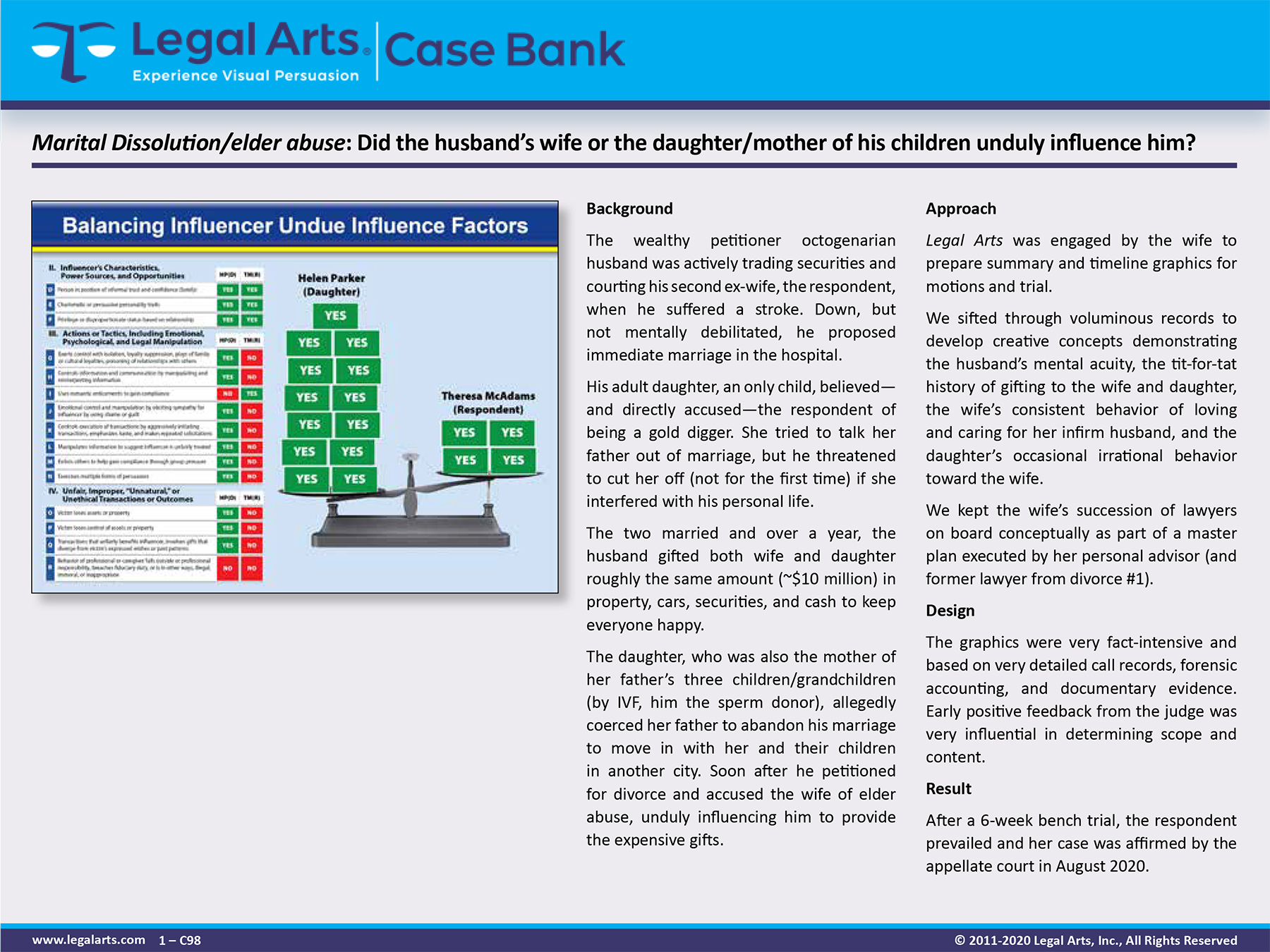