SOC Eddie Gallagher, USN was accused by several subordinates members of his SEAL Team 7 platoon of murdering a wounded ISIS fighter prisoner and indiscriminately shooting underage and elderly Iraqi civilians. His court-martial made national news when the Commander in Chief interceded on his behalf and a Navy Secretary resigned, but was there enough evidence for an acquittal? 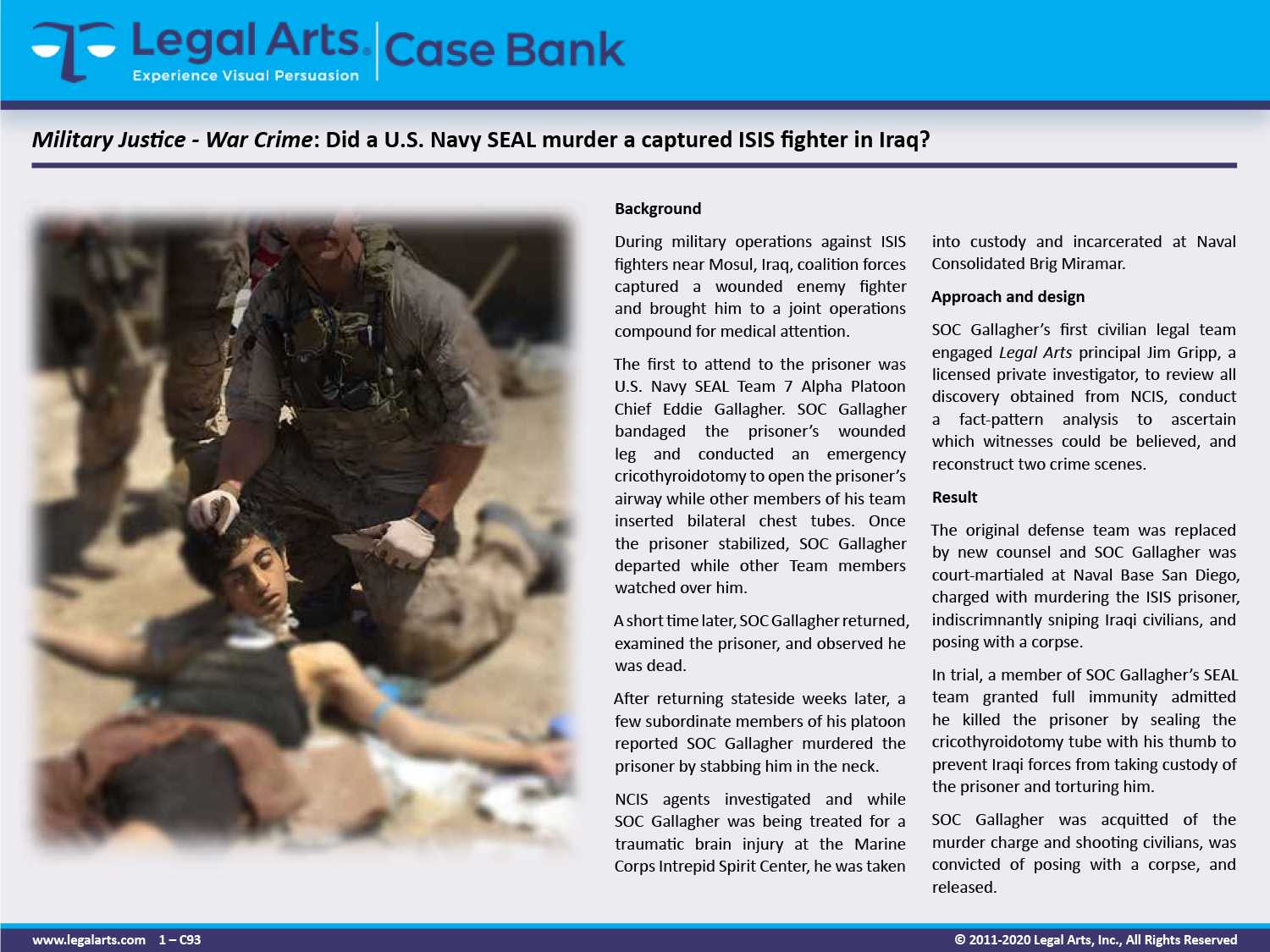 False Confession: How did the defense prove 'murder' was actually suicide?

Homicide: Was eyewitness testimony credible about how one soldier killed another in Iraq?