Design Defect: What was the origin of a button battery swallowed by a toddler?

After a toddler swallowed a button battery causing burns to her esophagus, her parents assumed it fell out of a heavy bathroom scale. In frustration they threw the scale away and after her surgeon recovered the battery, he discarded it. Could they prove the battery originated from the scale? 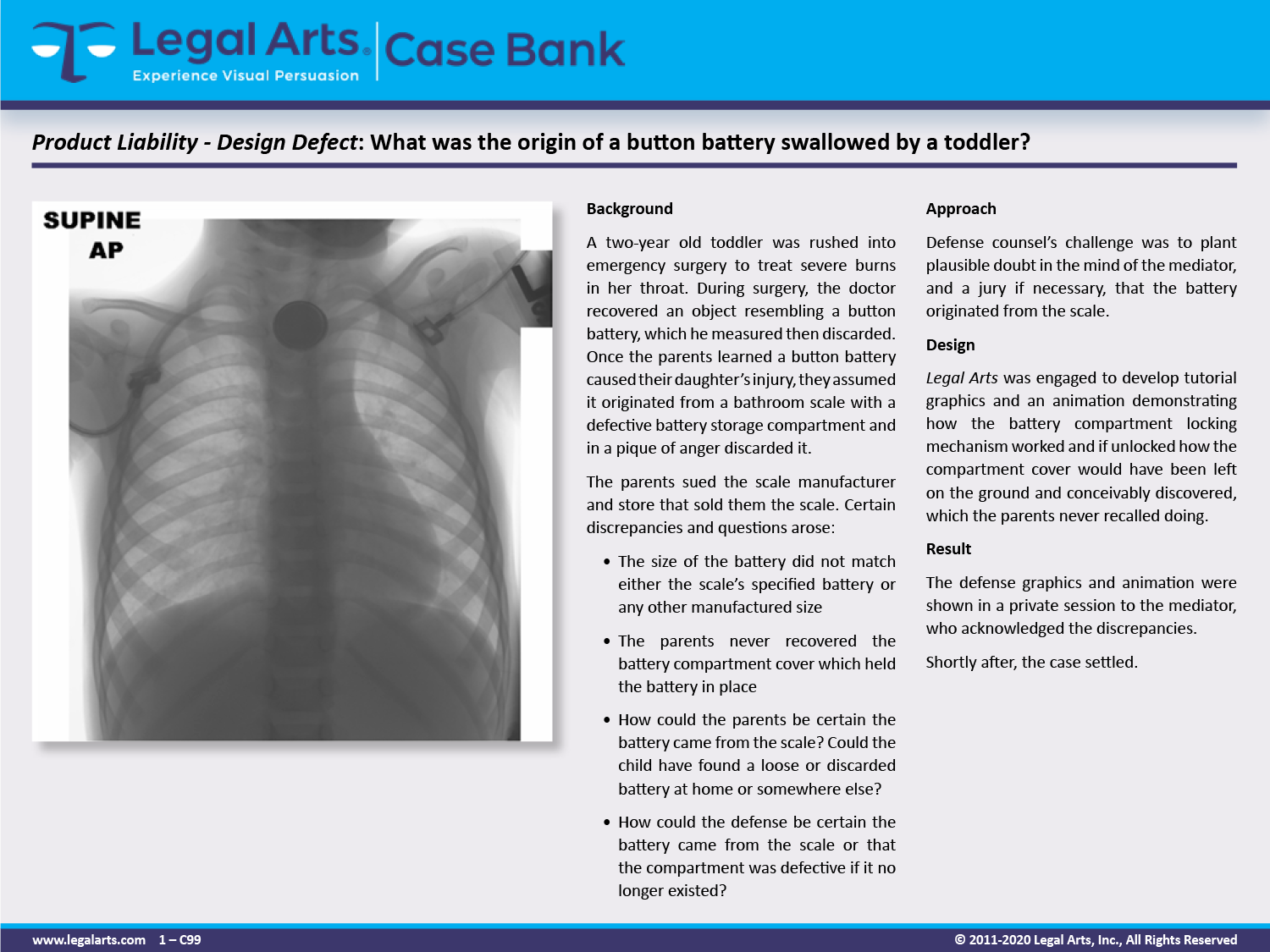 Negligence: Did a driver die because of an inadequately protected natural gas riser?

Slip & Fall: Did a construction supervisor negligently tag a scaffold safe for use?

Breach of Warranty - Foodborne Illness: What was the origin of a deadly E. coli O157:H7 outbreak at fast food outlets?

Trucking Accident: What was the treatment prognosis after a catastrophic injury?

Electric Shock: How did a window-washer contact an overhead power line?